‘Mediterranean’ and ‘European’ are two defining characteristics of this ancient-yet-modern, calm-but-vibrant Spanish city.

Located on the western shores of the Mediterranean, Barcelona is the capital of Catalonia and has more than 2,000 years of history as a centre of trade and culture.

As well as boasting a strong Catalan identity, Barcelona also has a thriving expat community and a cosmopolitan population of over 5 million people. This makes it one of the most exciting Spanish cities to live in, while presenting an enviable array of opportunities for those who want to teach English as a foreign language.

Since the 1992 Olympic Games, and more recently Forum 2004, Barcelona’s popularity has grown and grown and it has become one of Europe’s favourite tourist destinations. There are endless tapas bars, cool cafes and restaurants to explore, while the mountains and palm-fringed city beaches are a joy to explore at anytime of year.

Barcelona has also become a prime destination for international students and has the largest student population in Europe.

Apply for one of our TEFL courses in Barcelona and make this glorious city your home.

What Make Barcelona So Special for English Teachers?

A combination of many things: its unique location in Spain and proximity to the rest of Europe. Its wealth of history and culture, and superb architecture. The  climate is incredible and there are plenty of beaches to match. The light is magical and the gastronomy scene is world-class.

The people are warm and welcoming and there’s always a great atmosphere, with plenty of exciting cultural events to explore throughout the year. And then there’s the nightlife!

Barcelona has over 50 museums, some of which house permanent collections of work by famous Spanish artists such as Picasso, Miró and Tapies.

Whatever it is that make everyone fall in love with this magical city, we are sure you will enjoy discovering all that Barcelona has to offer you and your career as a English teacher.

Sip coffee or have a leisurely breakfast on one of the many café terraces that line the famous Rambla de Catalunya and majestic Passeig de Gracia. Soak up the cosmopolitan atmosphere as it parades past you and end your days at the beach with tapas and Spanish wine at the many waterfront restaurants.

Allow yourself to get lost in the labyrinth of narrow medieval streets in the Barri Gotic (the Gothic Quarter) and stumble upon quiet plazas untouched by the passing of time.

It’s not difficult to see why so many dream of living and working as an English teacher in beautiful Barcelona!

Looking for some views? Climb the hill up to Park Güel and enjoy Gaudi’s fairytale designs with awe-inspiring views over the Mediterranean Sea. Contemplate the glimmering city far below, the port, and the blue sea beyond.

You’ve never seen such a beautiful city in all your life! 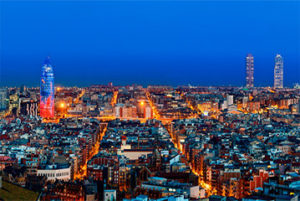 In the evenings you’ll be spoilt for choice with Barcelona’s endless offering of theatres, cinemas and concert venues. You can enjoy practically any style of music, from opera, jazz and flamenco to salsa, rock and electronic music.

Imagine a city where people don’t start having dinner before 9/10pm in the evening, where the nightlife carries on far into the night with discos that don’t start filling up until 1am or even 2am.

For those looking to live well and enjoy life in the sun, there’s really no better place than Barcelona!

Make the most of your weekends and venture farther afield to the many beauty spots and cutesy villages near Barcelona.

Take the train to the picturesque coastal town of Sitges, famed for its bohemian lifestyle, or travel north to the rugged coastline of La Costa Brava (Wild Coast) with its breathtaking cliffs and quiet coves. Still further north lie the Pyrenees, the great mountainous barrier that separates Spain from France, the perfect destination for lovers of hiking, cycling, skiing and snowboarding. Or take the trip to the impressive Monserrat Mountain with its unique rock formations where you can also visit its ancient monastery.

But you don’t have to leave Barcelona for adventure. Visit El Tibidabo hill above the city and explore its emblematic monastery and theme park. This is also a great place for hiking and cycling, with verdant landscapes you can enjoy from your front door or simply by hopping on the Metro!

To learn more about TEFL Barcelona visit our course information or about us pages.

For specific enquiries about our TEFL courses or for general questions about studying, living and working in Barcelona, please feel free to contact us. 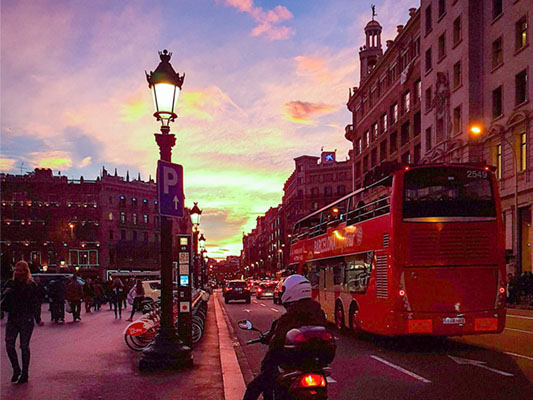 Thank you for getting in touch with TEFL Barcelona. Our TEFL adviser will get back to you within 1-2 working days