So there I stood, on one of the numerous, long, difficult to pronounce streets in Barcelona, clutching my TEFL certificate, a huge smile plastered to my face. 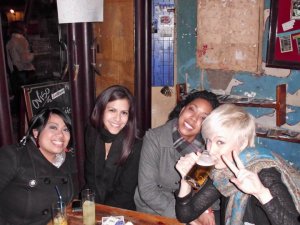 I had just received the results of my TEFL exam (81%!), which, being a Brit, is no mean feat – and I was about to step out into the big bad world of teaching – after a night out celebrating with all the other newly qualified TEFL teachers, obviously.
We partied hard, we felt it the next day, hard, but at least I could hold my head up high, if only for a few seconds, and say I understood grammar.

I scoured the Internet looking for various different websites to place adverts, lovingly begging my partner to translate my adverts into Spanish and Catalan, the new lingo being somewhat of a problem for me. I went to various interviews, some of them interesting, others not so interesting, and one particularly bad one where I left feeling both exhausted and annoyed.

I was starting to feel disheartened, unsure whether I would ever find a job I would enjoy and was seriously worried I would have to move back to England for lack of money. However, one morning, as I was laid in bed watching TV and playing Theme Hospital, I received an e-mail asking if I could attend an interview in Sant Cugat the next day.

When I arrived at the station I was pleasantly surprised with a quaint square and nice coffee shops. I waited nervously. A few moments later, a friendly Canadian pops up and asks if I am here for the teaching interview. We headed to a nearby coffee shop and got down to business. She told me they were opening a new school in Sabadell in the next few months and were looking to hire native teachers. Everything she told me sounded great and I could not wait to get started. We parted ways and I hopped on the FGC to get home. On my way back, I actually got lost and had to call my boyfriend to ask for directions, much to his amusement and my annoyance when I realised I had walked six blocks in the opposite direction. Nevertheless, hey ho, I had a job and did a little exercise so no harm, no foul.

A few days later I headed to the new school. The first thing I noticed was the view: we were fifteen floors up in an incredible glass tower – it was just gorgeous. My bosses showed me around and explained where everything was going to go and what they hoped it would look like. I actually cannot believe what it looks like now compared to when we started. 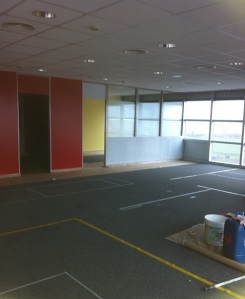 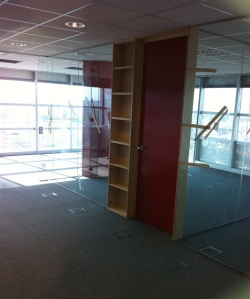 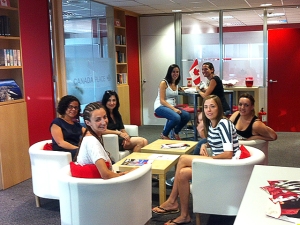 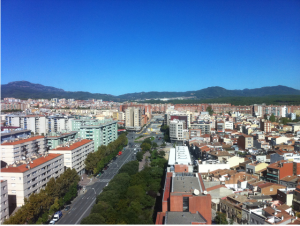 The school opened a couple of weeks later in May with twenty students, myself, my bosses and one other teacher. I was terrified during my first class; there I was with sweaty hands and a dry mouth, hoping I could remember everything my TEFL trainers taught me. My bosses guided me and helped me every step of the way and I have watched the school grow and grow in the last four years to 300 students!

When I look back, I cannot believe how far I have come. Entering the building on my first day of TEFL, not knowing the difference between a noun and a verb, staring completely bugged eyed and open mouthed at my trainers when they were discussing the Present Perfect, hours studying grammar and taking down every single detail in class, to now, where I feel confident that I can enter any classroom and have a great time helping my students to understand and speak English.

I have met some amazing people along the way, been very sad when some of those have left, visited so many different places both in and out of Spain and all the way through I have had an incredible time. I never planned to be a teacher, it was never part of my ‘life’s plan’, it just happened and in a strange way I feel like it was meant to, I always said I wanted a job that I loved, that I would not wake up and hate going to, where I could have fun and be myself. Now I have that and more: a lovely flat, a brilliant boyfriend and a gorgeous little bunny that will be your best friend for a nibble on your apple.

I don’t know where life will take me next, but that is one of the best things about the job, I can pretty much go anywhere I want. And who would not want a life like that!

Articles by our graduates and staff