Home/Teaching in other countries, Varia/Teaching English in Shikoku, Japan’s Peaceful Island – by Risa Takahashi
Previous Next

Tokyo, Nagoya, Osaka are the biggest and most famous cities in Japan. But today I would like to give you some information about where I live and work, Shikoku. Where is the Shikoku region? Have you ever heard of it? What is it famous for? Let’s see.

Shikoku is the smallest of Japan’s major islands. The Shikoku region consists of four prefectures – Tokushima, Kagawa, Ehime, and Kochi. It is an area that has much to offer, including ancient temples, shrines, and unique food.

Shikoku is also famous for its 88-temple pilgrimage associated with the priest Kūkai.

Go back in time with Shikoku

This Island allows you to go back in time and visit one of its oldest, historical gardens.

Ritsurin Garden in Kagawa is considered one of the best historical gardens in Japan. It was built for the feudal lords of the Edo period, featuring mirror-like green lakes, intricately-shaped bonsai trees and pavilions soaked in light. You can visit the garden at any time of the year. However, there is a special ceremony in the garden during the month of November. The garden is decorated with lights and typical Japanese decorations. 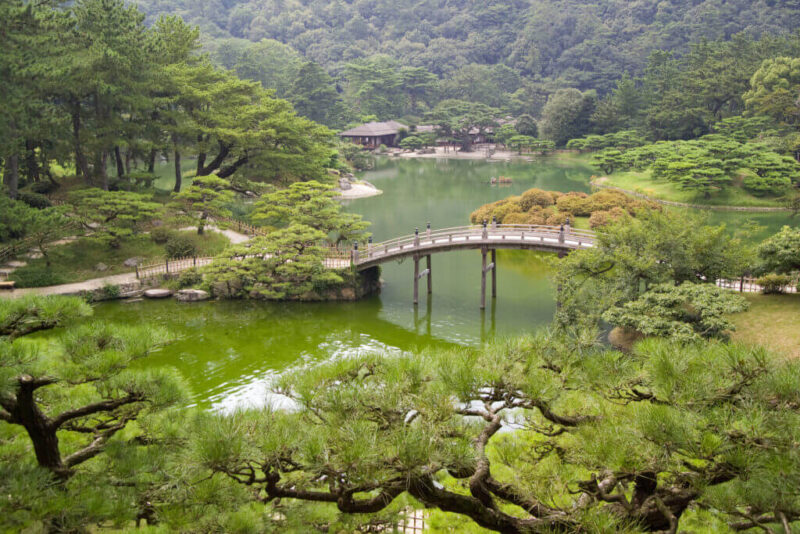 The 88 temple Shikoku Pilgrimage is a famous 1,200-kilometre route that loops around the entire island – one of the few circular-shaped pilgrimages in the world.

The route is traditionally completed on foot taking at least a month, but modern-day pilgrims also use modern-day means, including cars and buses.

Shikoku historically was a separate region from Japan, it rejoined the country in 1988. So, during the time in which they were disconnected from the rest of the country, the people of Shikoku developed their own unique food culture. 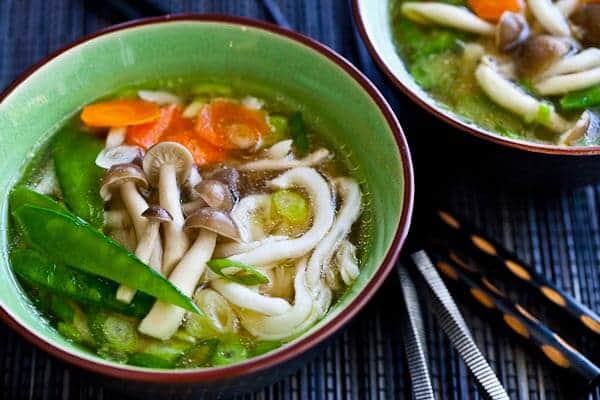 It’s especially known for being the ‘home of udon’ – the thick white noodles served in a warm broth. Kagawa, on the northeast coast, is so proud of this reputation they created the world’s first ‘udon taxi’ to drive visitors between restaurants. Not only does the driver take you to his favourite places, but he also eats with you, teaching you about the local food, culture and history.

The Sanuki Takamatsu Festival is more of a multipurpose festival where you can find a mix of everything. The highlight of the festival, however, is the fireworks; over 8,000 fireworks are let off on the final night.

Over 4,000 dancers take part in the street parade in beautiful traditional Japanese costumes, with flags and musical instruments. This three-day festival has been in existence since 1964 and attracts thousands of visitors from all over Japan and around the world.

Other entertainments and fun activities found throughout the festival include Japanese concerts, Yukata competitions, food bazaars, and even comedy shows. 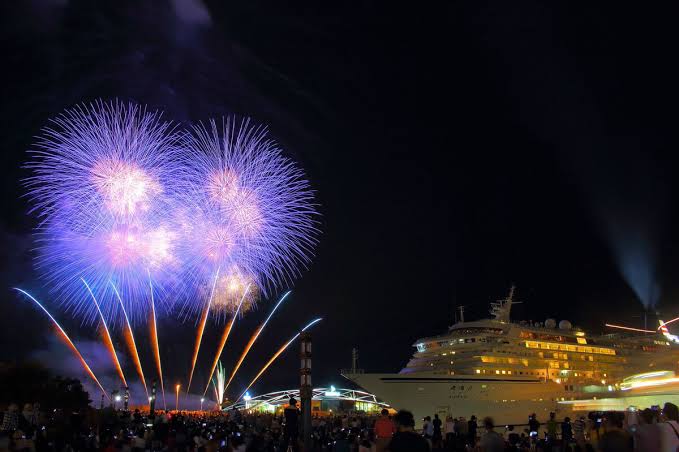 The Awa Odori Dance Festival dates back to the Kamakura period in the 12th century. It is one of the most popular and lively festivals held all over Japan, but Tokushima City is where the festival originated. It is known as one of the largest dance festivals in Japan; a large number of people attend this massive festival every year.

At the festival, you can see musicians and dancers perform a choreographed dance while parading along the main streets. Performers wear the special ‘Odon’ costumes, which come in various colours and designs for each troupe.

Although Christmas isn’t a national holiday in Japan – only about one percent of the whole population in Japan is Christian – it’s still felt throughout the country.  Shikoku hosts a typical Christmas market from the beginning to the end of the winter season. While visiting Japan at this time of year, you will be able to find everything from delicate Christmas tree ornaments to mulled wine. I suggest you visit the Marugamemachi Christmas market from 5.00 pm to 11.00 pm. 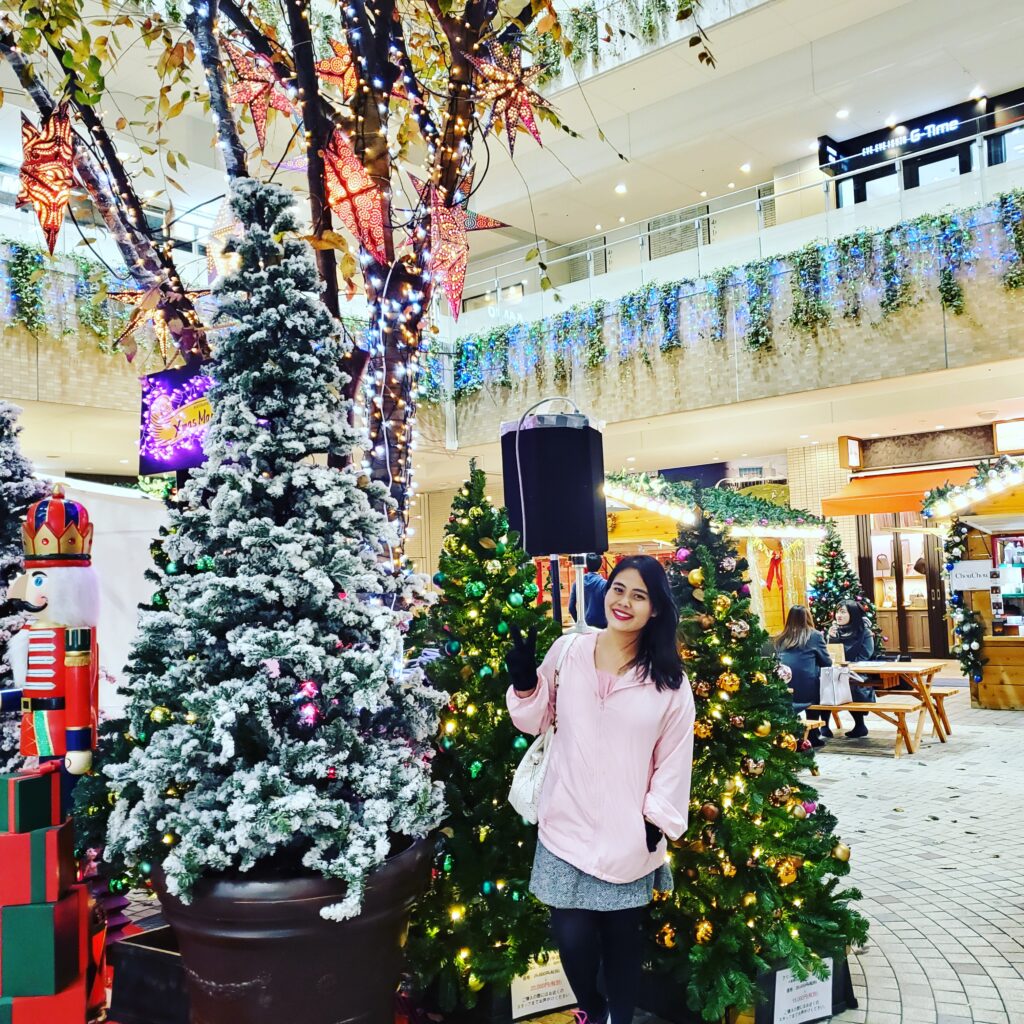 If you need a peaceful life, shikoku is the best region to live in. The cities in shikoku are calm while the region draws less attention to tourists. There are only a small number of foreigners who live and work here in Shikoku because there are not as many job openings as in Tokyo, Nagoya and Osaka. If you’re not a native Japanese, Teaching English will be the best occupation here. There are plenty of companies that recruit foreigners to teach English in Shikoku. ITTTI Japan, Interac and many other companies have teaching vacancies in this region.

I work for a company called Peppy Kids Club which helps Japanese students learn English. There are foreigners from all over the world working in my school. Teaching English allows you to live a good life in Japan. 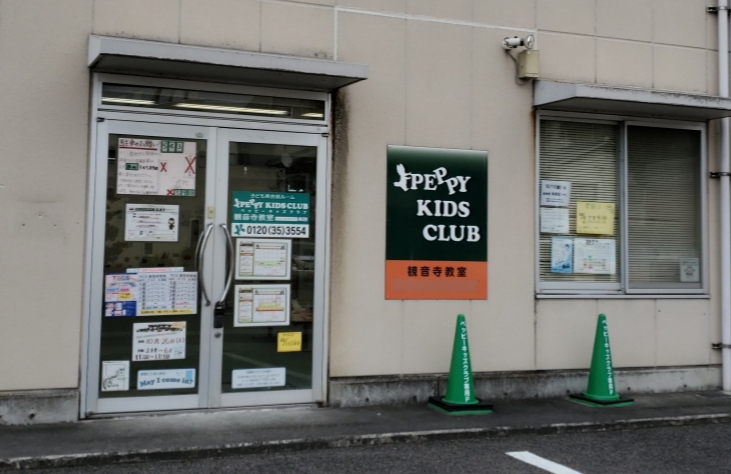 Articles by our graduates and staff